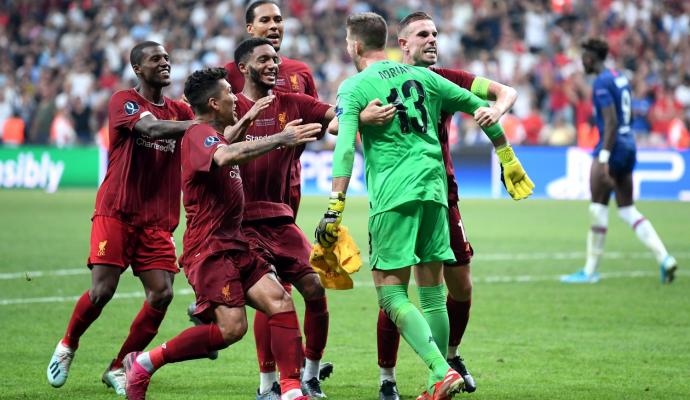 Hello again guys and thank you for being with us. After the slow start last week we are back with more predictions. This time we will look at the German Bundesliga (one of our favourite leagues) and the Spanish La Liga also. Very surprising results for Bayern Munich and Barcelona yesterday and we believe that will be few matches witch will surprise the public a lot. We are at the beginning of the season but we are ready for a very long run with a good profit.

The early game of the weekend will definitely be thrilling and very interesting to watch. Last week both of the teams won but Burnley was the side with the confident win and well tactical play. Last year they were in the European tournament's qualification and they start the season very slow because of tiredness which they got during all the games in late July and August. This year is different and we believe will see that strong Burnley team who is very physical and put high pressure during the whole game-something that Arsenal is not 100% ready to play against. Arsenal is a great team but they left a lot of questions after their performance at St James Park last week against Newcastle. They first surprised with their starting line-up and then with their pragmatic style of football. In the second half, they managed to get to the goal they needed but there was nothing more from them. Is Unai Emery hiding something or just his top players are not 100% ready for the start of the season? Well, we will find out soon but for sure we will see a different type of game from them at home. Six times these two sides played against each other and 6 times Arsenal took the win. Two of three games at Emirates were with both teams to score (3-1) and one is 5-0. We believe that Burnley will find a way here to score a goal. They are very strong from set-pieces and Arsenal defence is still shaky. We also believe that Arsenal will want to play and attacking football in front of their own crowd and will try their best to take the win here because next week they have to travel to Anfield and will have their first big test in front of them.

The Champions of Europe are coming back to England with a very big question in front of them- Who will be the goalkeeper in this match? Is Adrian ready to play, if now who will? Yes, they won the European Super Cup against Chelsea but it was a long game and they should be tired of the trip to Istambul. Last week after leading 4-0 they lay down during the second half and let Norwich score one because they were saving their strength, this week will be different. Southampton lost their first match with 3-0 and they will be more than motivated to show a good football against the title contenders. The Saints actually outperformed Burnley on expected goals but were eventually undone by poor defensive work and an excellent performance from Ashley Barnes. The Saints have scored in each of their last 14 home matches in the Premier League, and Liverpool has conceded 4 goals in their last 4 away games.  Southampton has actually scored a very impressive 21 goals in their 12 home matches since Ralph Hasenhuttl took charge in December, including netting 7 in their 4 hostings of Big 6 sides.

We are going with the home win here. Wolfsburg hasn’t seen too many changes at their camp over the summer and they ended last season with wins in four of their last five at the Volkswagen Arena. Notably, three of these wins came against promoted sides from the prior two seasons, which shows the Wolves know how to make the most of their favourable fixtures. The home team is undefeated in their last six home matches against FC Cologne in all competitions. Cologne is with a new manager. Achim Beierlorzer, who managed RB Leipzig as interim manager back in 2015 and Jahn Regensburg more recently, is the man tasked with ensuring their survival. Facing the top six finishers Wolfsburg is not the ideal opening fixture. Cologne’s track record in Wolfsburg is also very poor. Cologne has taken just one win away from the Volkswagen Arena since 2001 (W1 D4 L8), and the Wolves have averaged two goals per game scored against them in the Bundesliga too. We think it’s a good price for Wolfsburg here.

Bournemouth to win at 3.1